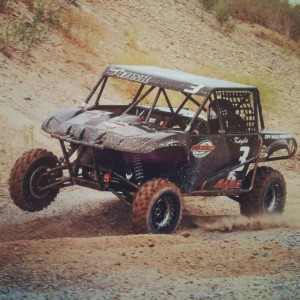 [/caption]   Kayla Smith # 3 Race Report Lake Havasu City, AZ March 17, 2012 On March 17, 2012 in her #3 GBC, Summers Brothers, ALBA Racing, Off Road Warehouse sponsored Rhino, Kayla Smith rocked the WORCS track in Lake Havasu City, Arizona and took a third place podium despite a large hole in her rim causing a flat tire on the first lap of the race. Her father, Trevor Smith reported how thrilled the team has been all season with the new GBC dirt commanders. Even after running for forty minutes flat at race pace the tire still held up allowing Kayla to finish the race without a pit stop. Kaylas ALBA Racing Engines tuned motor ran flawlessly all weekend giving her the power even with a flat to finish on the podium. Kayla would like to thank her sponsors; GBC tires, ALBA Racing Engines, Summers Brothers, Off Road Warehouse, and all of her team for helping her move closer to her 2012 goal of Production 700 Champion. Looking forward to Phoenix April 14th for round 4 of the WORCS 2012 series! Team Kayla Smith #3 Production 700 SXS