FREE Shipping on orders over $100.00* (See Terms)
Underdog UTV takes the win at the San Felipe 250   We like those stories where the perceived 'little guy' comes out in front. That is exactly what happened this past weekend when Tom Graves and Rich Morel drove Tom Graves Rhino 660 in the San Felipe 250. This popular race is the first in the SCORE International series and this Alba built Yamaha Rhino managed a nice first place finish. The UTV class is the 1800 class and this 660 was competing with the bigger guysTeryx, RZR 900, etc. So Toms Rhino was understandably the Underdog. The reliability of the motor, the chassis and the fact that it has a 686 big bore kit all played a part, noted driver and Alba Technician, Morel.   [caption id="attachment_913" align="alignleft" width="300" caption="On the way to a Baja 250 win!"] 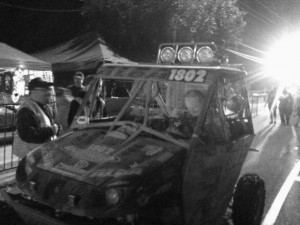