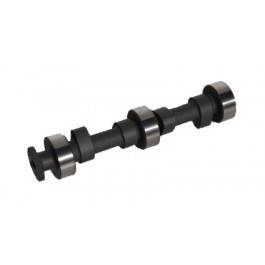 For those of you thinking about cams and valvetrain for your RZR 800 read below.

We now only use stock OEM Polaris cams for all our RZR 800 builds.

*******SOME OF ALBA’S PERFORMANCE PRODUCTS MAY BE USED SOLELY ON VEHICLES USED IN SANCTIONED COMPETITION WHICH MAY NEVER BE USED UPON A PUBLIC ROAD OR HIGHWAY, UNLESS PERMITTED BY SPECIFIC REGULATORY EXEMPTION (VISIT THE “EMISSIONS” PAGE AT HTTP://WWW.SEMASAN.COM/EMISSIONS FOR STATE BY STATE DETAILS.
IT IS THE RESPONSIBILITY OF THE INSTALLER AND/OR USER OF THIS PRODUCT(S) TO ENSURE THAT IT IS USED IN COMPLIANCE WITH ALL APPLICABLE LAWS AND REGULATIONS. IF THIS PRODUCT(S) WAS PURCHASED IN ERROR, DO NOT INSTALL AND/OR USE IT. THE PURCHASER MUST ARRANGE TO RETURN THE PRODUCT(S) FOR A FULL REFUND.
THIS POLICY ONLY APPLIES TO INSTALLERS AND/OR USERS WHO ARE LOCATED IN THE UNITED STATES, HOWEVER CUSTOMERS WHO RESIDE IN OTHER COUNTRIES SHOULD ACT IN ACCORDANCE WITH THEIR LOCAL LAWS AND REGULATIONS.

We have tested everything for the RZR 800. These engine are simple and only like 2 things. Big bores and turbo kits. We have dyno tested Kroyer, Muzzys, Trinity etc. What we found is that the most powerfull kit made 52 rear wheel horsepower. It includes cams, porting, valvesprings, 850 big bore, exhaust and throttle body mods. This is a 6 thousand plus dollar build. With just a 850 big bore kit and a stock rzr s cam and a Muzzys exhaust 50 rear wheel hp is easily acheived. Yes this is 2 hp less but that is not much and it has zero valvetrain issues and will give years of smiles. Most aftermarket cams have slowly evolved and turned into a stock RZR-S cam. We love selling cams but will not sell you something that does not work as advertised. If your wondering why your RZR 800 engine is the only RZR engine made that does not like aftermarket camshafts, porting, or any other n/ mods here is why. Your 800 engine is a generator motor. Both pistons go up and down at the same time. The engine does not create a pulse like most 2 cylinder engines. The cylinder head has no combustion chamber, and the crankshaft has no center support which greatly limits peak rpm. This motor was not designed with performance in mind. It does not respond to modifications. A pre 2011 non s model RZR 800 makes 30 rear wheel horsepower on our dyno. A S model or any RZR 800 built after 2011 makes 40 rear wheel hp. The 10 hp increase comes from a new header design with a collector moved much further from the head, a different cam shaft and the compression got bumped to 11.0:1. For reference a stock RZR 900 makes 64 rear wheel hp and a stock RZR 1000 makes 84 rear wheel hp. There is no way besides a turbo to make your RZR 800 as fast as a 900 or 1000. Don't let other's fool you. The RZR 900 and 1000 engines are completely different as both pistons go up and down independently allowing the engine to create a pulse and rev close to 9000 rpm compared to 6500 rpm for the RZR 800.

Polaris RZR oil change kit (Get that Polaris oil out of your RZR).